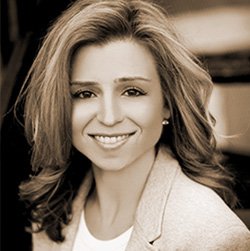 As a documentary filmmaker, Laura is best known for her ability to draw inspiration from the field as a freelance producer in Chicago. Laura’s production experience spans a variety of networks including The Weather Channel, The History Channel, The Discovery Channel, Discovery Health, MSNBC and TLC. Laura's commitment to telling character-driven stories launched her production company, Lioness Productions.

This film stems from a defining moment in my life, April 20, 1999. I was a freshman at Columbine High School in Littleton, Colorado. I was in the cafeteria. In the years since, all of us from the Columbine community have had to deal with that trauma. I made this documentary with four of my classmates who were willing to go back to Columbine and share their personal experiences, fifteen years later. It’s our story told by us, not by outside observers. There’s no agenda, no political agenda. It’s not an investigation of a crime. It’s not trying to present these stories as factual events. It’s our individual memories, our truth. It’s about what we are saying, as much as it is about the fact that we are saying it. 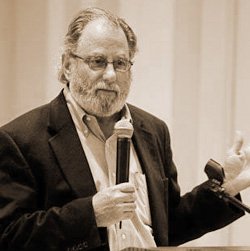 Tom is President of Fund for Innovative Television, Founder of mediaburn.org, an online documentary video archive. He has been an adjunct Professor of Documentary at Columbia College and Loyola University Chicago.

Tom is a nationally recognized, multi-award winning independent producer who has been on the leading edge of documentary television and video for more than 40 years. He has produced more than 600 non-fiction television broadcasts, mostly seen on PBS nationally and WTTW in Chicago. He is perhaps best known for his work as the creator/producer of Image Union, the longest running program featuring the work of independent producers, locally and nationwide.

Tom has also produced and directed more than a dozen documentaries, won four Emmy awards, a Silver Circle award from NATAS and, shared in a DuPont-Columbia University award as founder of TVTV. 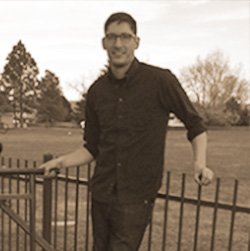 While studying cinematography at Southern Illinois University, Joe got an early start in the business working on music videos and commercials in Chicago during his summers away from school.

After graduating in 2002, he began working in various departments on feature films, reality TV, and commercials. In 2004 he moved to Los Angeles and began operating camera for reality TV, documentaries, and independent features. At the start of 2006, Joe moved back to Chicago where he started his first project as Director of Photography on an independent feature named “Counting Backwards,” where he was utilized specifically for his extensive handheld experience. He continued on to take the helm as the first staff cinematographer of the flag ship production/distribution center for Sprint Exclusive Entertainment, where he spent over a year designing and shooting various content for the new world of mobile device television.

In 2008, with the Sprint studio up and running, Joe resumed his freelance focus on docu-dramas such as MSNBC’s “The Squeeze,” TLC’s “My Strange Addiction,” CNBC’s “Titans,” DIY’s “Made In Milwaukee” and TLC’s “Hoarding Buried Alive” as Director of Photography. In 2013 Joe opted to rebalance his portfolio by incorporating commercials and narrative television back into his career. Currently he is or in the process of shooting a new series for Big Ten Network called “Big Ten Treasure Hunter,” feature length documentaries, has recently completed the independent feature film “Jessica,” and is a camera operator on NBC’s “Chicago PD” & “Chicago Fire.” 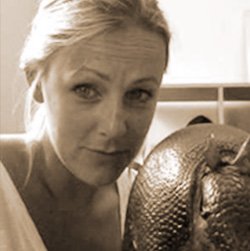 Josie Bode is a Chicago based producer with extensive experience in both documentary and reality television. Over the past decade she has produced multiple television series for big networks like MSNBC, Discovery, AMC, TLC, The History Channel, A&E, Animal Planet and Spike.

Bode has extensive experience developing storylines, managing and directing talent and cameras in the field, conducting interviews, and coordinating strategy both in the field and in post-production. Bode’s talent has led her to produce reality and documentary series such as The Squeeze for MSNBC, Hoarding: Buried Alive for TLC, Chicago Trauma for AETN, and three seasons of Gangland for The History Channel.

Before diving into a journalism career, Bode spent 5 years as a social worker in North Carolina and Virginia. She holds a BA in Psychology from Kenyon College and an MA in Journalism from Ball State University specializing in long-form narrative journalism. 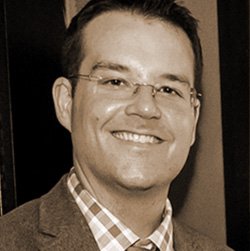 From 2011-15 John sat on the board of the Illinois Production Alliance, a non-profit responsible for fostering the development of the Illinois Film Services Tax Credit. In 2012, John co-founded Throughline Films with longtime collaborator Chris Charles, where they have developed and optioned over a dozen motion picture and television properties in addition to co-producing and/or handling the sale of eight features. 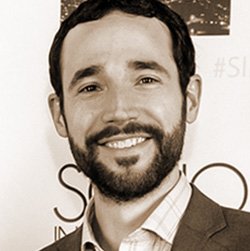 Chris Charles got his start directing a commercial campaign and documentary for the Partnership for a Tobacco-Free Maine. He went on to study Cinema Art and Science at Columbia College Chicago, where he graduated with honors. Chris worked in the casting department on the feature films: The Devil’s Dominoes, starring Daniel Baldwin and Vincent Pastore; He’s Such a Girl, starring Patrick Duffy and Ed Begley Jr.; and Adventures in the Sin Bin, starring Gillian Jacobs and Ben McKenzie. He then directed the Emmy Award-winning Click It or Ticket Cops Everywhere commercials and worked as a producer and casting director of the acclaimed feature Chicago Overcoat, starring Frank Vincent and Armand Assante. 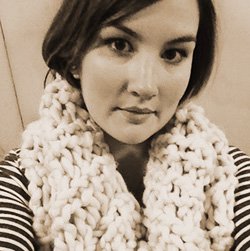 Clare Deady is a Chicago-based producer, with extensive experience in commercial, reality and documentary television production. No matter what the project, Clare’s mission as a producer is telling stories through powerful filmmaking.

Clare enjoys all aspect of film production including interviewing, writing and logistics planning. Her credits include programming on Bravo, Vh1, TLC, MSNBC, The History Channel as well as national broadcast television commercials.

When Clare isn’t working on various projects, she enjoys yoga, reading and traveling. Clare graduated from Indiana University with a Bachelor of Arts degree in sociology and history. 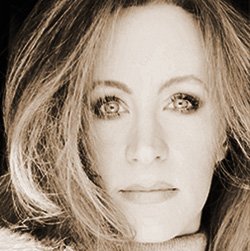 Heidi Zersen is a writer, producer, and director who proudly calls Chicago home. Since 1997, she has concentrated in the realms of character-driven storytelling, producing documentaries and television series, specials and features.

A graduate of Northern Illinois University, monster trucks and professional motocross served as an unconventional foray into writing for television and home video. She segued from sports to lifestyle programming with Food for Life for the Health Network, subsequently writing and producing for broadcast and cable clients including ABC, CBS, PBS, WGN Superstation, The Hallmark Channel, National Geographic Channel, The Weather Channel, ESPN2, Speed, and CNBC.

In addition, she has produced, written and directed multiple feature-length documentaries, resulting in national and international recognition, including Communicator® Gabriel® Dove® Telly®,and Emmy® nominations and awards.

As President of Perception Film and Entertainment, she enjoys every aspect of television production and documentary filmmaking. She also enjoys Ray Charles, great food, and copious amounts of coffee.